Has the question of how to get that perfect shade of cerulean-azure back to the canvas ever weighed on your mind? The Australian creative collective Palette, the team behind the award-winning Cube, tried to answer this question. For photographers, designers, artists, and anyone who works with colour, Cube is a sleek, portable colour digitiser that can capture any colour on any surface so that it can be matched later, whether that’s in Photoshop or the paint shop.

Palette is headed up by 27-year-old DJ Dikic, Rocky Liang, 28, and Paul Peng, 26, who all met at the University of Melbourne in 2011. Cube is their debut product and a success story that went from a final year project to a global business with distribution deals on every continent in just four years. We had a chat with DJ to find out more about the journey.

Where did the idea for the Cube come from?

I wanted to do something better than just, I don’t know, a smart toaster. Because of my background in art, we thought about digitising colour. The technology wasn’t necessarily new but it was very much industrial manufacturing focused. We figured that there was a huge opportunity to make products that are accessible to everyday people.

Was it always the plan to go commercial?

We had no concept of becoming a company. We just had the idea that we wanted to make a cool product. Initially it was a bit rough and ready, but it worked and we won a few awards. But then we all went off to do our own jobs – Paul went into banking, I was at Ericsson doing engineering, whilst Rocky continued his studies. 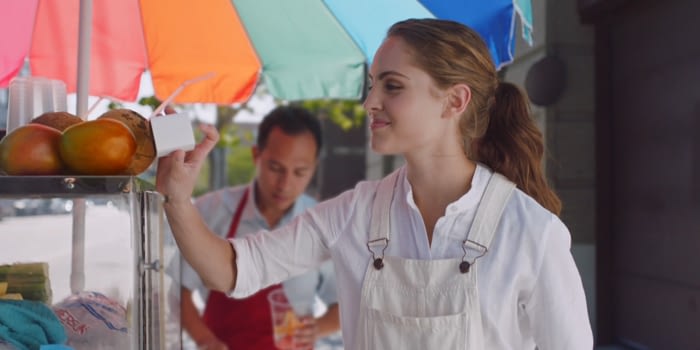 Our old university started what’s called an Accelerator Program, where they give you around AUD$20,000 for no equity, and there’s a great support network of mentors. Getting into the program was enough for me to quit my job and commit to Cube full time. The goal was to launch our Kickstarter campaign by the end of 2013, and raise the cash needed for extra development and manufacturing. At which point Paul and Rocky both came on board full time.

Sounds like Australia is a good breeding ground for new business then?

In 2013, the idea that you could give people free money and they would actually do something useful with it was somewhat unproven. But I think Australia’s grown around that pretty quickly because there’s now a lot of government funding for research and development, and tax incentives.

How did you make ends meet?

Our Kickstarter campaign raised AUD$150,000, which was three times our goal. However, we spent almost double that going through production so there was none left over for us to actually live off. And it was a full year before we actually started delivering any products that we could start selling properly [on the open market] and before we could start extracting a wage. 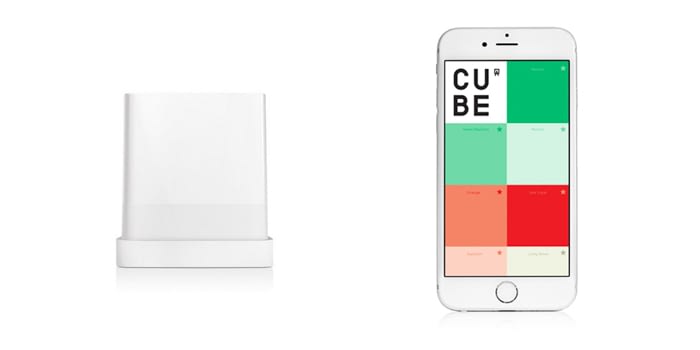 Ouch. So what kept you going?

Cube was just something that we wanted to work on. If we didn’t personally care about what we were building, it would have been so easy to walk away. [You’ve got to stay] personally motivated to see past all the problems that you’re facing, to keep sight of what it could actually become.

How did you turn your vision into a business?

Hiring people and making investments are all things that we’ve learned to do in order to support making more product. I was into the product design and user experience that our product was actually enabling. Paul had studied finance, and Rocky takes responsibility for our tech development. We’re now about 10 people and as you expand, it starts becoming apparent pretty quickly where you need to hire.

It all feels pretty serendipitous! What would you have done differently?

“If I could go back I’d reapportion some time into maintaining and cultivating the community [that built up off the back of the Kickstarter campaign], ‘cos you don’t have many opportunities as a small business to get the attention of the internet.” 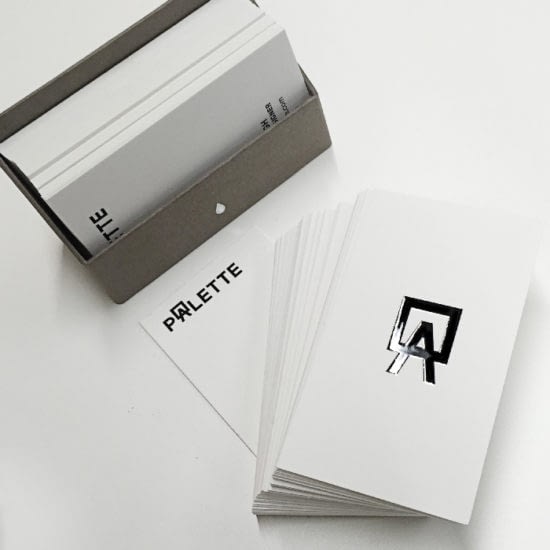 How are things going now?

“Pretty well! Here in Australia we’ve entered into the paint industry and have just got our second product out market with our fantastic partners Dulux. It’s the same core technology but we’ve worked pretty closely with them to build a more durable, hard-wearing product that can be used by professional painters. And we’re still promoting Cube, attending trade shows around the world. We were in London in September and sponsored the 100% Design Show, then CES this January in Las Vegas and through that process we’ve increased our exposure.”

What have you learned about launching a business?

“Perseverance is the key. Just don’t burn yourselves out. We focused so much energy on making that first product perfect and getting it out that by the time it shipped, we were just dead. You have to take a break – recently I’ve started meditating 10 minutes a day. It’s not important how you do it but make sure you take some time out.”

When I ask DJ about plans for further product expansion he becomes uncharacteristically coy – I’ll be following Palette with interest though. Have you been inspired? Tell us why or what about in the comments below!

As a treat for all our readers, the team at Palette are offering a special 20% off their Cube. Use the code MOOTWENTY at the checkout. Get matching!

Sooooo tactile. Our raised spot UV finish brings even the unprinted parts of your design to life. With shininess so thick, you can feel it.

Now that’s eye-catching. Add a shiny smooth Spot Gloss accent (aka Spot UV) to specific areas of your design. Oh how your audience will admire the smooth glossy contrast with the silky matte paper. (And then nod approvingly.)﻿