Everything you need to know about our customers’ favorite fonts

We asked over 1,000 of our design-savvy customers about their favorite up-and-coming fonts. Here are their top 5 picks… 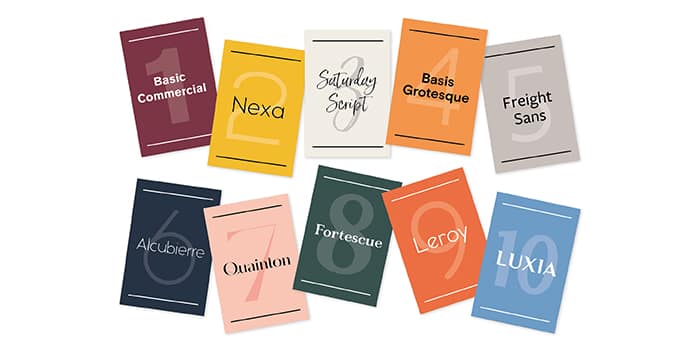 History: Based on historical designs from the hot metal type era this clear, strong font popular among graphic designers for decades is anything but basic. First appearing around 1900, Basic Commercial is like the Beatles of the modern sans serif, inspiring many later grotesque fonts like Helvetica and Univers.

Best used as: A simple, but very versatile font that can used for both headline and body copy. Working on posters or invitations? Basic Commercial’s your go-to.

Pairs well with: She might not be all that basic, but she sure is flexible. Like the quietly brilliant rock to anchor so many a shining star. Try and find a font she can’t pair with. We dare you. 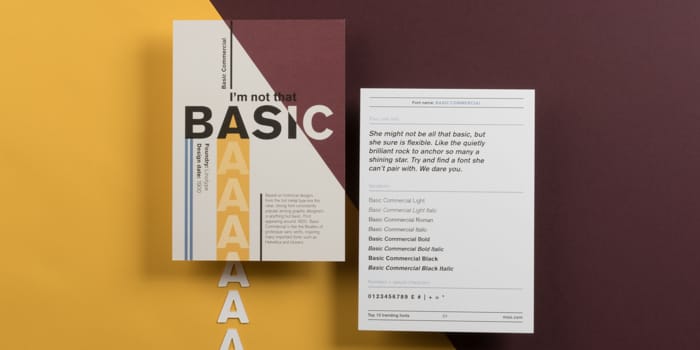 Designed by: The Entente

History: Fortescue is a bespoke typeface designed by The Entente design studio. It was commissioned by artist and printmaker Jake Spicer, the name derived from the Fortescue House in Sidmouth, Devon, England where he began his career.

Best used as: Working on a text-heavy print project? Fortescue’s variety of weights makes it the perfect choice for body copy – traditionality and simplicity combined. 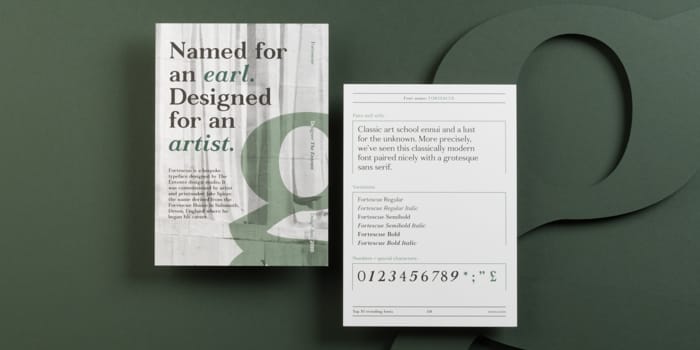 History: Named after Sawdust design studio co-founder Jonathan Quainton, this high contrast serif font was designed as a labor of love eight years in the making. Blending Didone and Bauhaus characteristics to make something all its own, Quainton has a lyrical quality that shines as a display typeface.

Best used as: Quainton’s elegance makes it the go-to for headlines and statement text.

Red wine and strong cheeses. But really, this cheese stands alone. If you must, a quiet sans serif body font might not offend Quainton’s expressive lines too much. 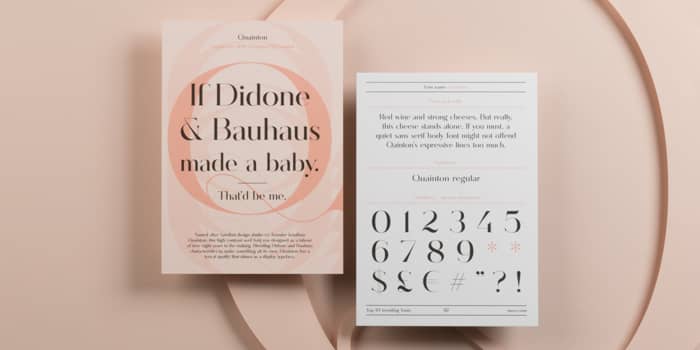 History: Leroy was first created for use on Bonobo’s Black Sands album in 2010 and was later expanded for commercial release. Based on a technical drawing from a ‘60s model car magazine, many of Leroy’s quirks were embellished from that original drawing.

Best used as: Working on branding or web design? Look no further than the fabulously versatile, Leroy.

Pairs well with: As this font was inspired by and conceived for singular use, who can say for sure? We encourage you to audaciously improvise any attempts at marrying this free spirit. Godspeed. 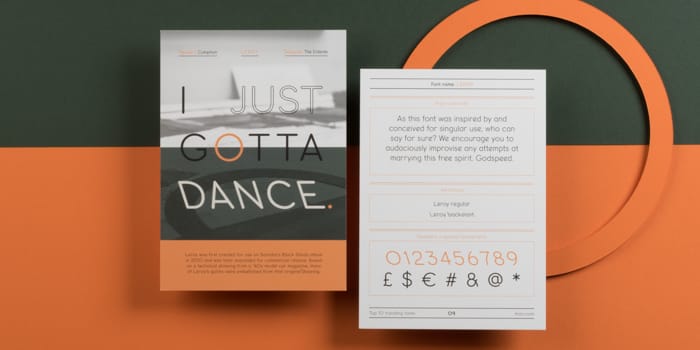 History: Luxia is a modern Didone with a splash of lavish characters. The Didone type styles, also called Moderns or Neoclassicals, were originally designed by printers and have kept that legacy to this day as a sophisticated choice commonly used in editorial print design.

Best used as: Luxia loves editorial design. A truly elegant font that deserves to be seen. Why not use it on your next event invitation – your guests will be queueing out the door.

Pairs well with: Moody oceanscapes and a touch of gold foil. Perfect for witchy vibes or when you want to take yourself just a bit seriously. A modern Didone that works perfectly with both sans serifs and serifs – we recommend Akzidenz-Grotesk and Baskerville. 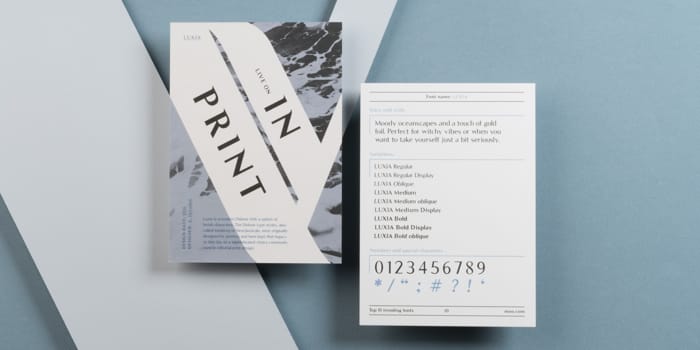 What’s your favorite font? Share your thoughts in the comments below